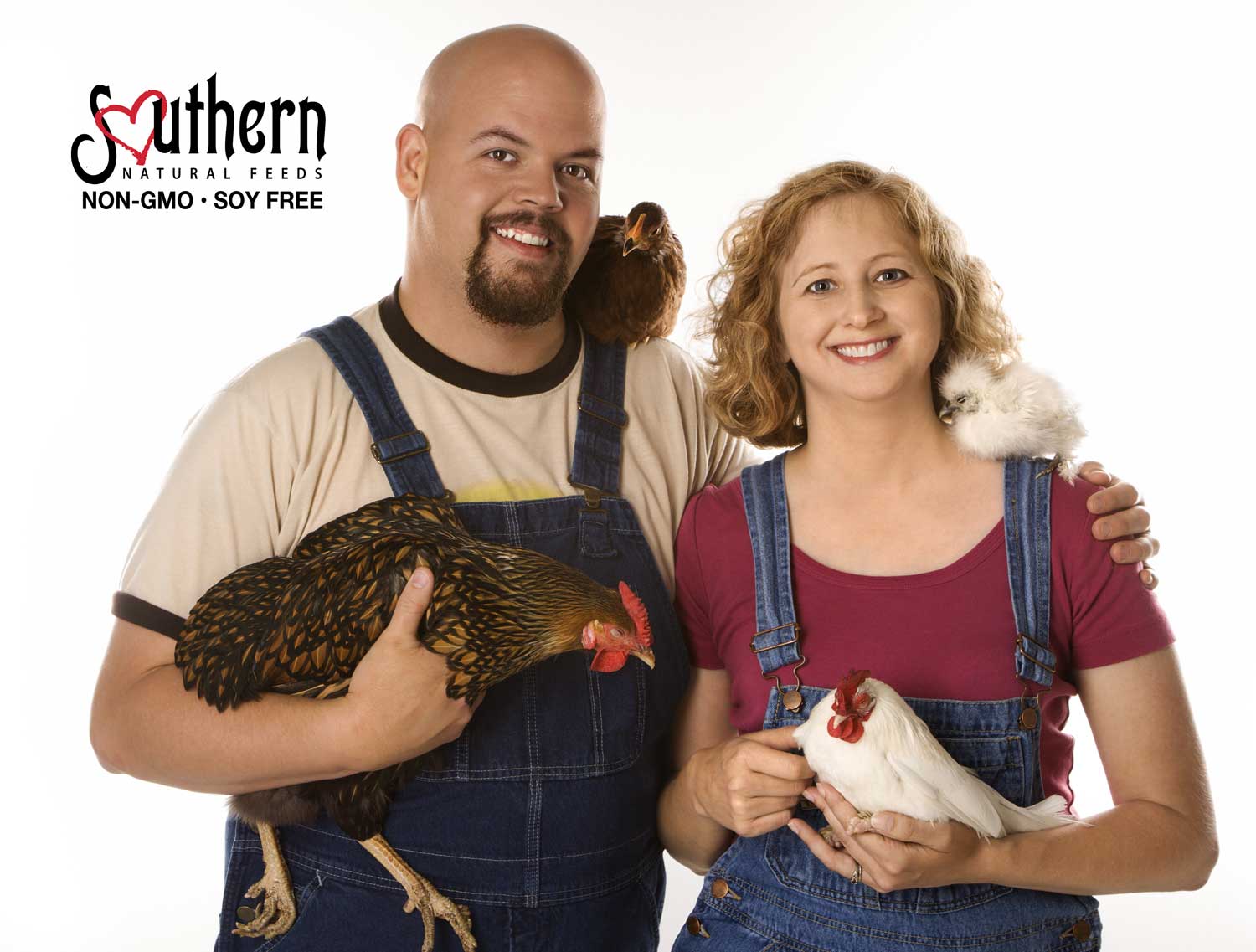 Buy At Atwood's
Buy At Orscheln 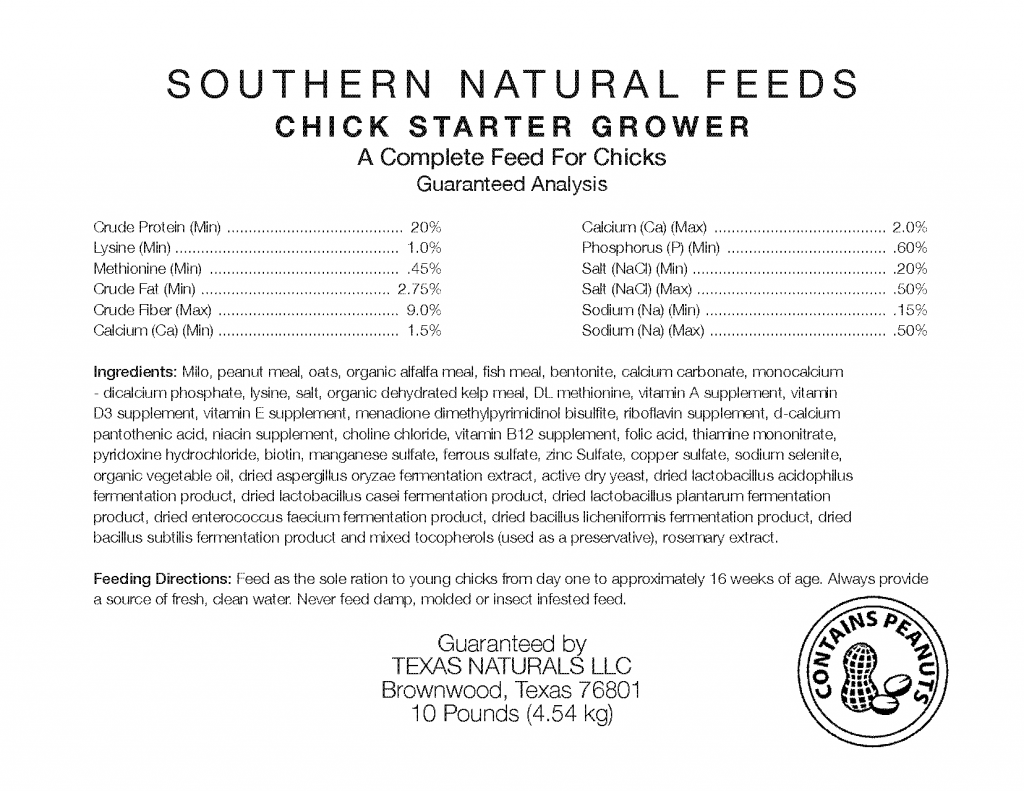 Our Layer Pellets is a feed for laying hens that is fortified with omega 3 and calcium.

Layer Pellets is a complete vitamin and mineral source with probiotics and essential amino acids, alfalfa meal and kelp meal. 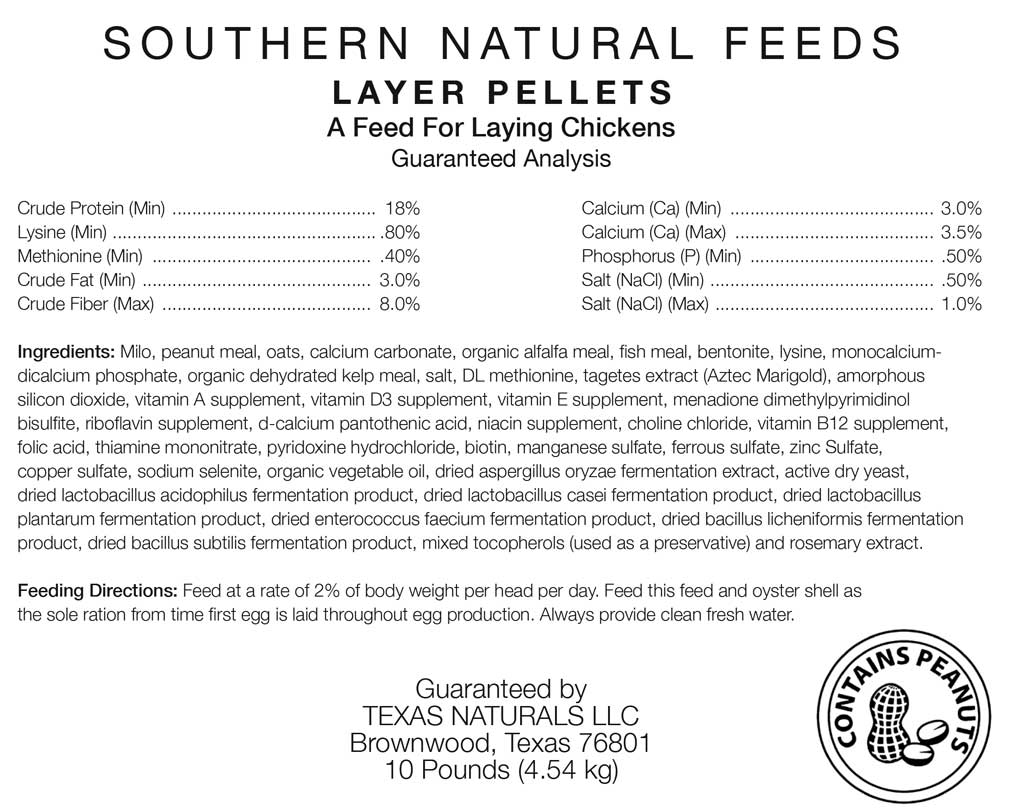 Our Layer Pellets is a feed for laying hens that is fortified with omega 3 and calcium.

Layer Pellets is a complete vitamin and mineral source with probiotics and essential amino acids, alfalfa meal and kelp meal.

Southern Natural’s Layer Crumbles is the same ration formula as the Layer Pellets above but in a crumbles feed. 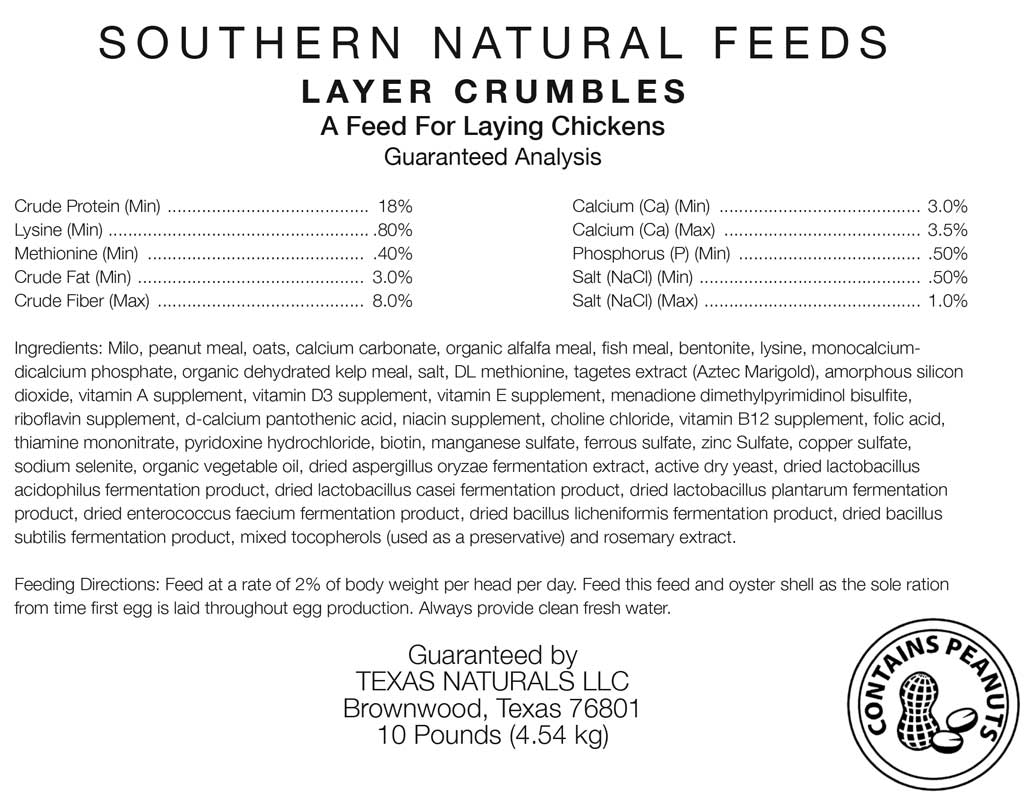 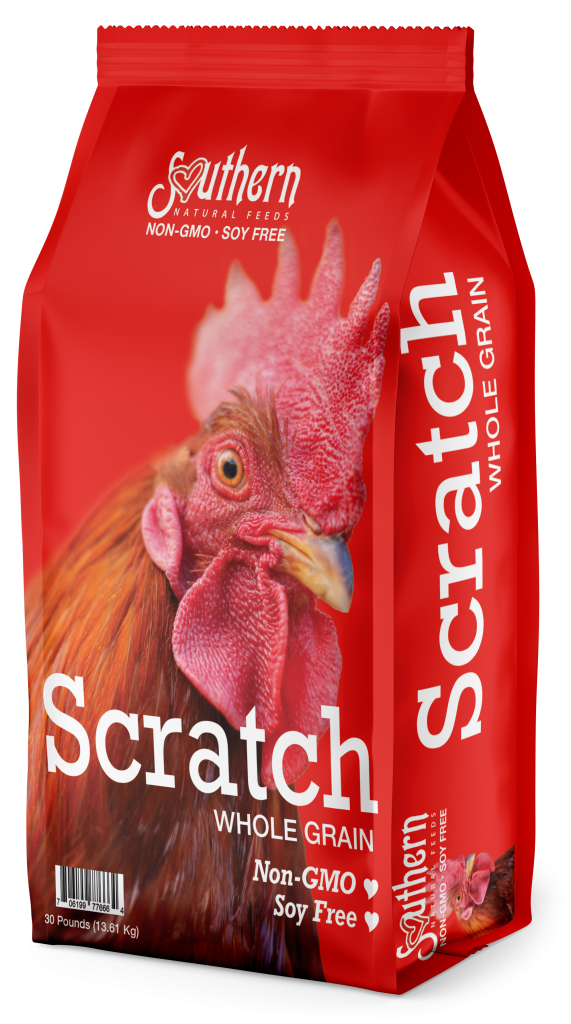 Scratch Whole Grain is a grain mixture for chickens and roosters with 10% protein. 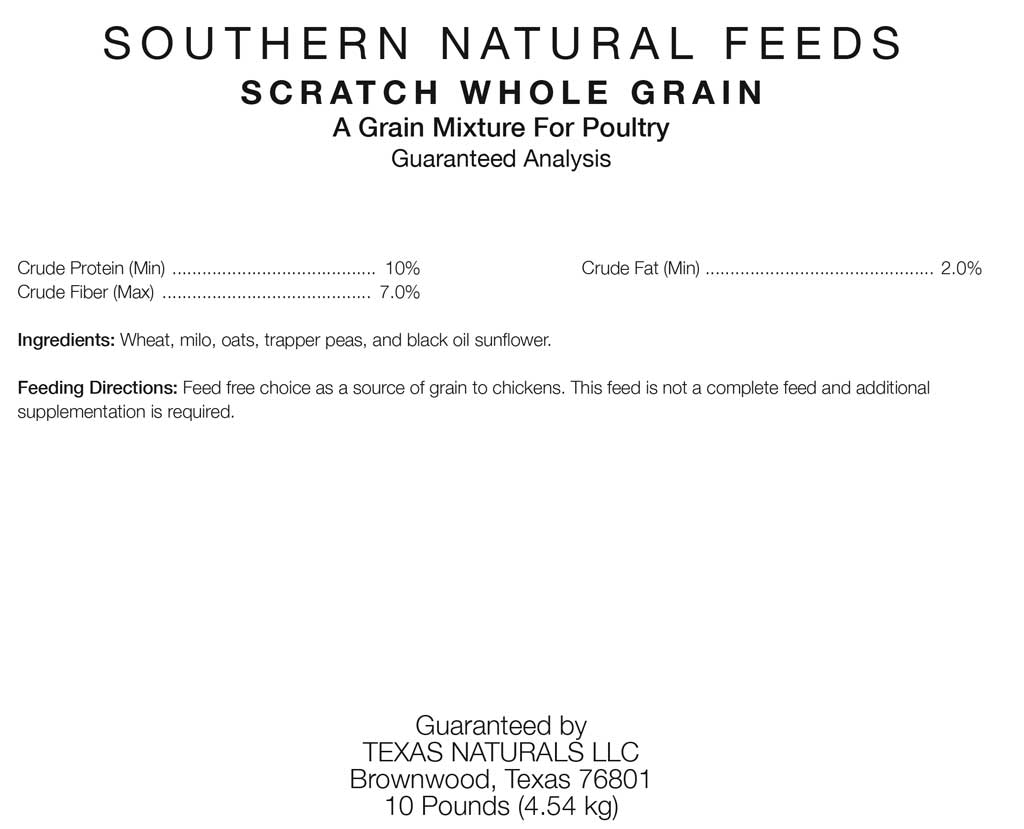 Scratch Whole Grain is a grain mixture for chickens and roosters with 10% protein.

Genetically modified organisms, or GMO’s, are created unnaturally by merging the DNA of plants, animals, viruses and bacteria.
Certain crops have been genetically modified to resist the direct spray of herbicides and to produce a protein that repels insects. Soy and corn are at the top of the list. According to the USDA, over 90% of soy and corn grown in the U.S. is genetically modified.
Because GMO’s are relatively new, no one really knows what the long term effects will be. The Non GMO Project reports that the use of chemical herbicides has increased fifteen-fold since the introduction of genetically modified crops. This is certainly having an impact on our environment as these chemical residuals build in our nations farmlands.

Not only is soy at the top of the GMO list, but there are other concerns as well.
Soy contains phytochemicals called isoflavones. Studies have shown that isoflavones can mimic the body’s estrogens. Scientific American states that new studies suggest that eating large amounts of soy’s estrogen-mimicking compounds might reduce fertility in women, trigger early puberty and disrupt development of fetuses and children. There are also risks of soy boosting hormone driven cancers.
80% of the worlds soy is used in farm animal feed. A 2009 thesis from The Ohio State University states that there are several studies worldwide that have proved that isoflavones can be transferred from the feed into the tissues of the animals and that eggs constitute an unexpected additional source of phytoestrogens in the human diet.

Southern Natural Feeds has formulated an affordable alternative to genetically modified and soy-based feeds. We are constantly working to improve and expand our products to meet the growing consumer demand.

Some of us here at Southern Natural Feeds have chickens as pets. Others raise them for eggs or meat but whatever your interest, we believe you have found the finest Non-GMO and Soy Free poultry ration out there. We’d love to hear from you. 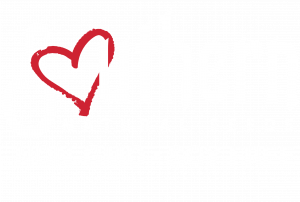 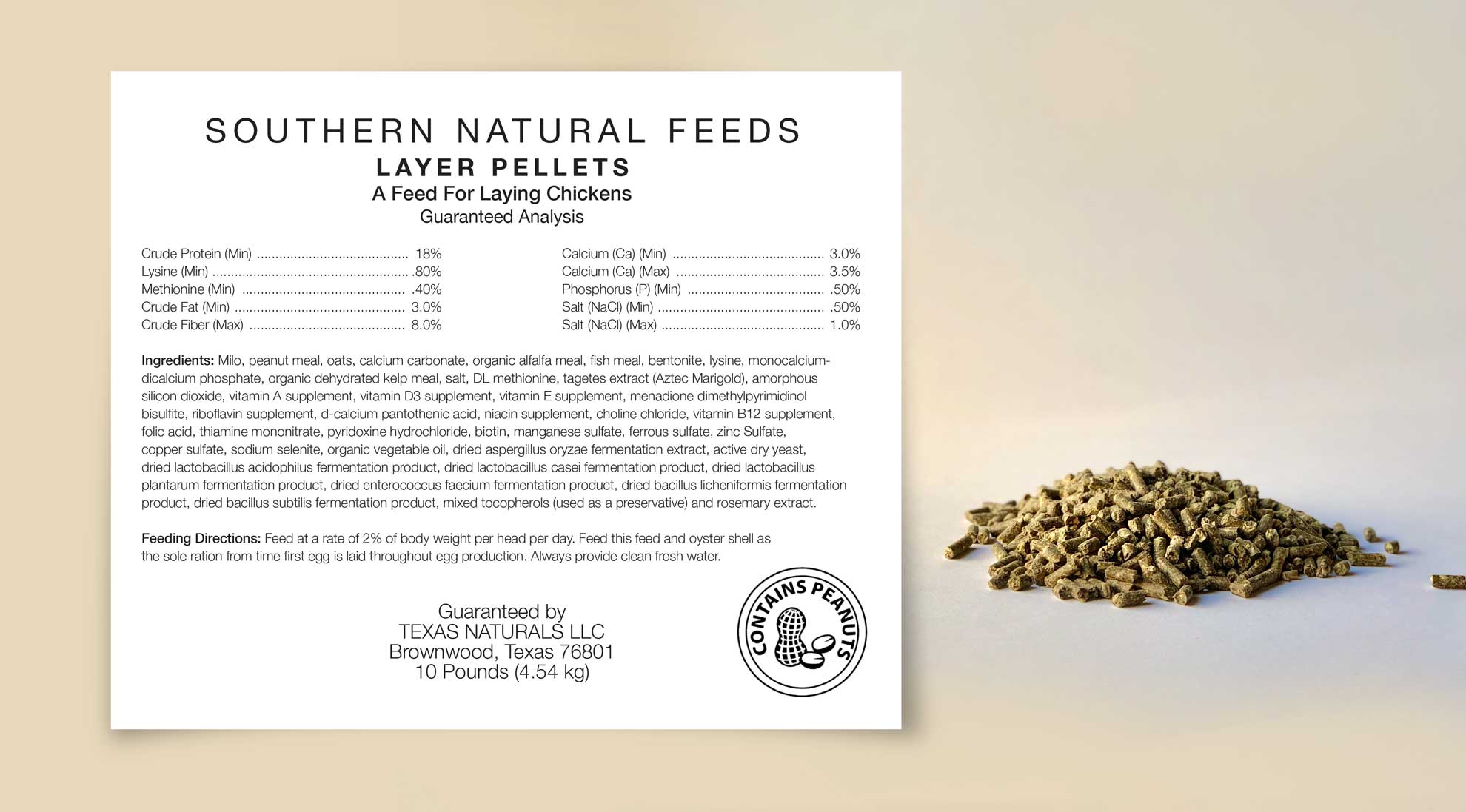